It’s our annual “Hey, Tom Brady is Super Bowl MVP again” show. Hooray. In Episode 22, we recap a shockingly one-sided Super Bowl, and instead of gushing about the most-decorated player in NFL history, I try to steer Query away from worshipping at Brady’s altar. We discuss the latest surrounding the Colts’ QB search and […]

Episode 19: You Know the Drill…

I keep posting every week how to watch/listen to the show, because I’m trying to be as helpful as possible, but I’m assuming a majority of you have figured it out. If not, welcome! Episode 19 is definitely worth checking out as our first ever “non-Colts lead” show. In fact, we didn’t even really talk […]

Episode 18: How to Watch/Listen

The curtain has fallen on the 2020 Colts season and we recap a disappointing end, but strangely fulfilling year, in the latest episode of Q & S! Jake and I discuss Frank Reich’s decision-making and what the Colts may do with their in-house free agents like TY Hilton and Justin Houston (unfortunately, the Castonzo retirement […]

Episode 16: How to Watch 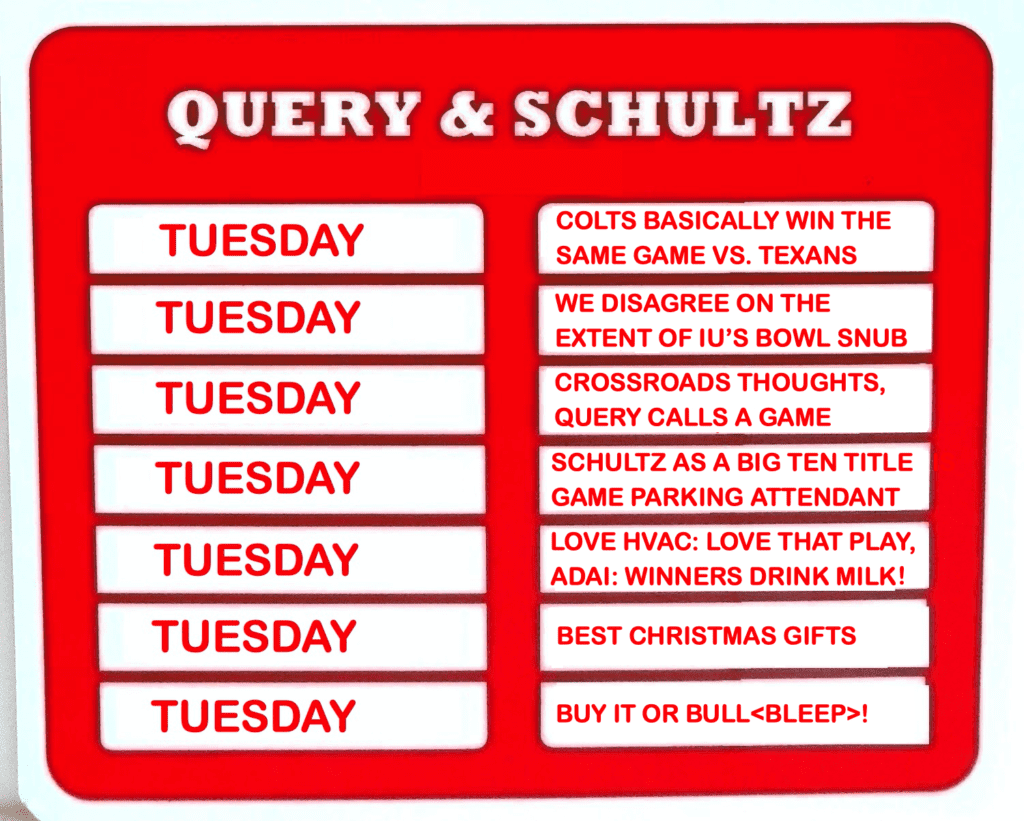 The Colts won the exact same way against the exact same opponent for the second time in three weeks, and we talked about it on the latest, Holiday edition of Query & Schultz! We talked Colts-Texans, disagreed on the extent of Indiana’s ridiculous Bowl placement, and Query kept from gloating too much about Clemson stuffing […]

Episode 15: How to Watch

After Sunday’s annihilation of the Raiders, the Colts are almost certainly in the playoffs, and we’re celebrating on the latest edition of Query & Schultz! We recap Indy’s second half surge against Vegas and what it means for the division race, now that their playoff spot is pretty much in the bag. Also, the Bucket […]

On the latest edition of Query & Schultz this week, we talked about the Colts’ first signature win of the season (the Titans never count, right?), a pair of interesting/frustrating losses for Purdue and Indiana, and the Pacers’ busy week in the draft and free agency. Also, Jake was crying from laughing so hard about […]

Episode 10: How to Watch 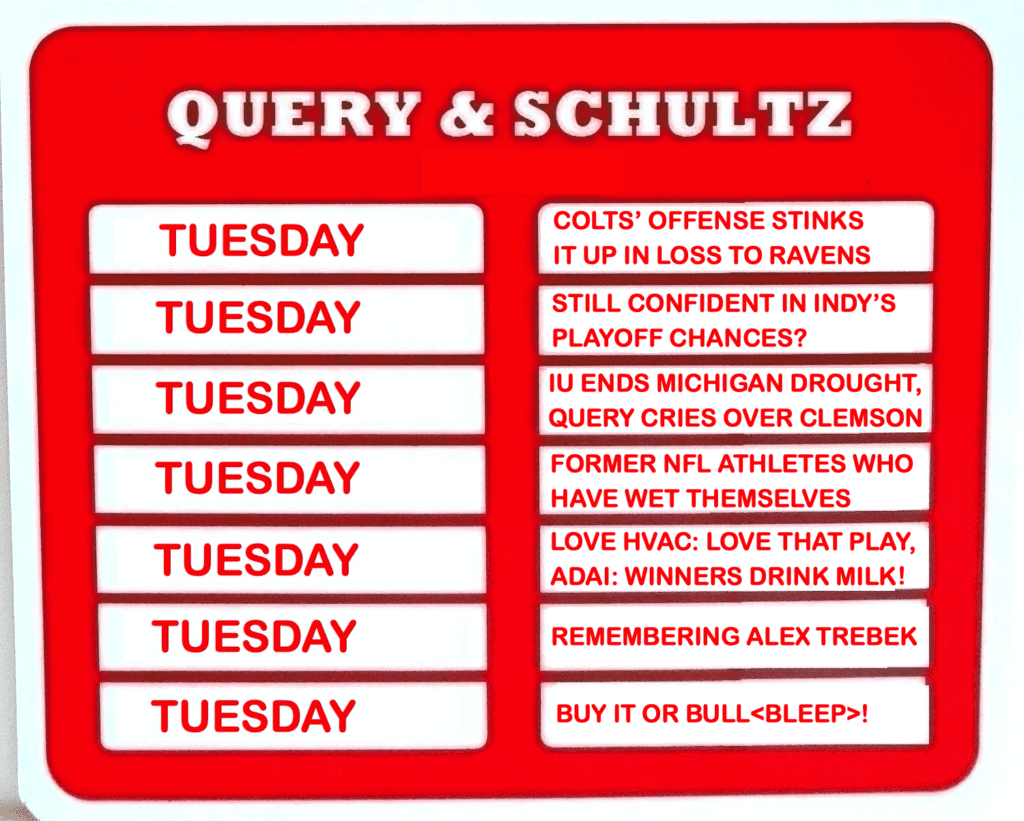 It was a great college football weekend in the state of Indiana. As for the pros… well… yeah. In this week’s episode, Jake and I recap a disappointing Colts’ performance (especially offensively) against the Ravens, but also get into the possible ramifications of Indiana’s historic triumph over Michigan and Notre Dame’s double-overtime breakthrough against #1 […]

Episode 9: How to Watch

Don’t look now, but the Colts are in first place! Oh, and Jake is still alive! Winning Local Football Teams take centerstage in this week’s installment of Query & Schultz. We’ll talk Colts, IU, Purdue, and Notre Dame, who were all big winners, and all face big games this coming weekend (if Wisconsin is actually […]

Episode 8: How to Watch 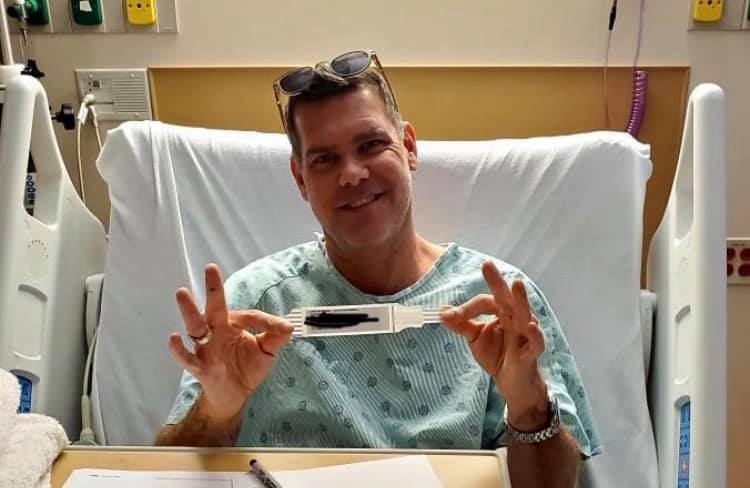 Jake is alive! And so is the show! (Sorry, we probably could’ve come up with a better opening than that). Just days after a hospital discharge, we’re back with Episode 8. It debuts online tonight at 6 PM: WATCH: Query & Schultz Episode 8 You can also catch the live streams on ISC Sports Network’s Twitter and Facebook platforms. […]

Finding us in the Before Time(TM) used to be very simple – you’d just turn your radio to 97.5 FM, 1260 AM, or the iHeart Radio app. Now, jumping into television with ISC Sports Network, things are new and a little more complicated. If you’re having trouble figuring out how to watch the show, I’ve […]