A show about sports... mostly.

On August 15, 2011, Query & Schultz aired for the first time on WNDE in Indianapolis.

At first we didn’t really know what to expect, having never met each other until an introductory dinner with our bosses three days before the show’s on-air debut. Jake had been a television guy – having spent most of his career at RTV6 (Indianapolis) and Fox Sports Midwest (St. Louis) – and his only radio show hosting experience was a stint at WIBC (Indianapolis), which happened to come during the 2008 Presidential election cycle. Meanwhile, I had plenty of show hosting experience, but I’m not sure how many people actually heard any of it. After a string of internships, I had spent six years at WXLW, a former ESPN Radio affiliate, but a station with a signal that couldn’t even reach the entire metro area.

Regardless, we made it work for 8 1/2 years, covering everything from Peyton Manning’s neck surgery/emotional exit in our first year to Andrew Luck’s surprise retirement in what ended up being our last year. Unfortunately, iHeart Media’s Reduction in Force came in early 2020, cutting 1,000+ jobs nationwide and eliminating our on-air positions. After sitting out a lengthy non-compete, we decided to relaunch the show with ISC Sports Network later that August and that’s why, presumably, you’re reading this right now! Three seasons in, we have a lot of old faces still on-board with the program… and some great new ones, too. Whether you’re a carryover from the old AM dial days or a new viewer/listener, thanks for coming to QueryandSchultz.com and for watching, listening, and supporting the show. We really appreciate it!

P.S. If you’re here looking for other things that we’re involved in besides this show, you can find those links on our CONTACT page. Also, please take the time to support the great sponsors that support us and make this show possible. 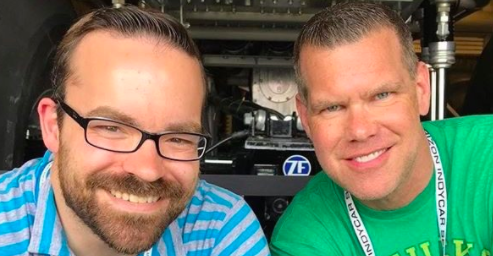