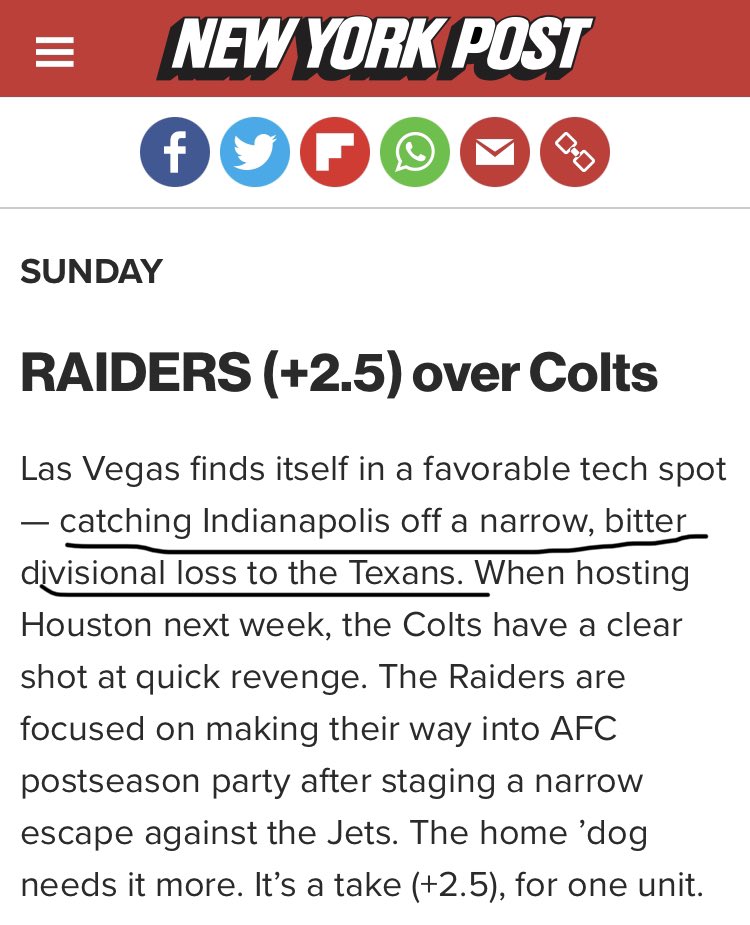 When Nick Martin and Deshaun Watson fumbled an exchange near the goal line in Houston last week, I thought for sure the Colts had held on to a 26-20 victory. Apparently, I was wrong!

Thanks to listener Bob for pointing this out – it appears the New York Post thought Indianapolis lost last week’s game. Embarrassingly enough, it’s the main reason why they suggest putting money on the Raiders at +2.5:

I get most newspapers are without editors and some of the online content comes in from elsewhere (so who even knows if this originated from an NY Post writer), but come on. How on earth do you get that one wrong?